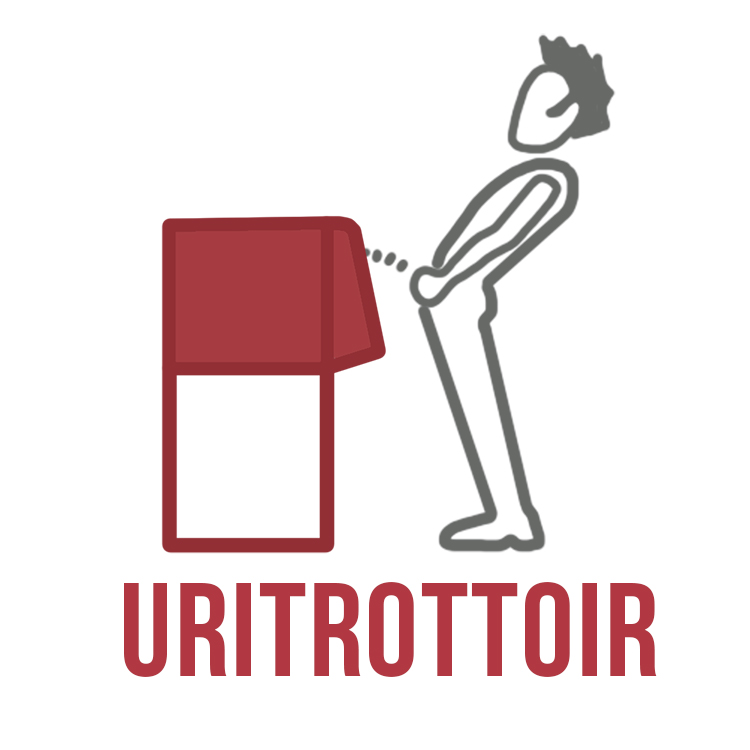 Apparently, in Paris, there is a problem with public urination, and the government is looking to combat it…by making it even more public and obvious.

Paris is now experimenting with some eco-friendly urinals that are completely exposed. These new “porta potties” are called “Uritrottoirs” which is a combination of the French words for urinal and pavement. These uritrottoirs have a layer of straw to help dampen odors. Officials say they will harness the waste to produce compost for parks and gardens. According to the statement, one year of a person’s urine holds enough nitrogen, phosphorus, and potassium to fertilize 400 sq meters of wheat.

To draw the attention of those who may need to use one, they were made a bright, fire engine red. If that wasn’t obvious enough, they are also marked by a sign with a guy obviously urinating into one of these devices with the word “uritrottoir” under him.

Paris has only installed four of these units so far to test the waters and see how they perform. The one most notable is located near the Notre-Dame Cathedral, and it has drawn attention for its view of the River Seine.

French authorities say they are using this new solution to try to supplement existing restrooms in high traffic areas where public urination has been a problem. “The interest of this new urban fixture lies in its mobility, ease of installation and use, as well as its ecological dimension,” authorities said in a statement.

These urinals, are being met with resistance from the community. Paris resident, Paila Pellizzari told Reuters, “There’s no need to put something so immodest and ugly in such a historic spot!”

What do you guys think about this new mobile sanitation solution? Do you like the exposed urinals, or would you rather see a well-kept porta potty?